In this article
1. Step 1: Enabling Detention calculation and tracking
2. Step 2: Add Handling time to a load
3. Step 3: Add arrival and departure times for a stop
4. Step 4: Track and filter loads with detention

Detention is the additional time driver had to spend at a load stop than the prescribed load handling time. Tagging loads with detention helps carriers invoice their customers for the detention cost. This also helps the carrier to analyze the customers/locations where detention is frequently observed and take necessary actions.

Enabling and tracking detention in Axele is 3 step process:

You can enable detention calculation by setting the “Calculate Detention” flag under the Preference page as shown below.

By default, a handling time of 2 hours is added to each stop during the load creation. You can modify the stop handling time as per your contract with the customer.

A load is flagged as detention when the departure time – arrival time of the driver is greater than the handling time at the load.

Step 3: Add arrival and departure times for a stop 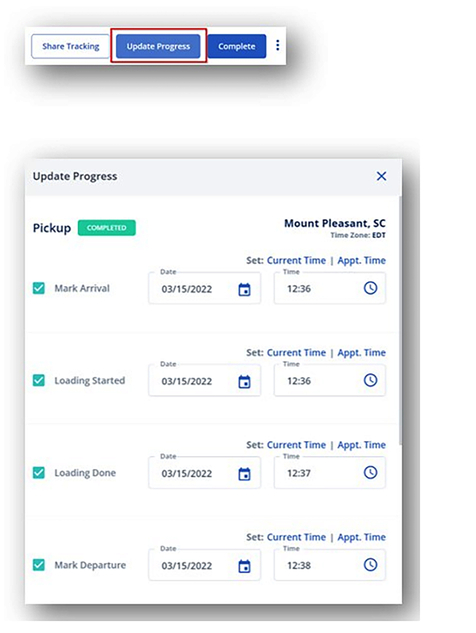 Live detention for the current load stop where driver has arrived and have not yet departed is also calculated and reported.

Detention loads can be tracked from the Load page and invoice page.

On the load list page, a new filtering option is added to filter all the loads where detention is identified as below:

On the load list page, a detention icon appears where the total detention time of a load can be seen by hovering on the icon. Here the detention time from all the stops is aggregated as shown.

Detention time at each load stop level can be seen under the load detail section stop card as below: 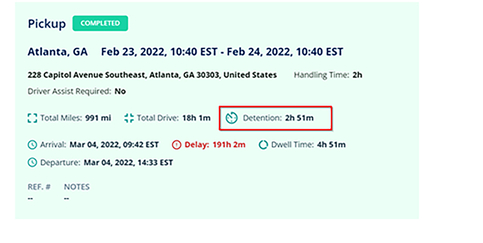 We have similar detention filtering and tracking option available in the invoice page.